As we approach the 26th anniversary of the Americans with Disabilities Act (ADA), I’m filled with hope. Not because the promise of the ADA has been fulfilled, but because DRA makes progress every day in protecting the civil rights of people with disabilities.  And, because DRA has established a permanent pipeline to grow the next generation of civil rights warriors.

The Wolinsky Fellowship was established in perpetuity thanks to the generosity of hundreds of you—DRA’s beloved donors—in July of 2016.  Named in honor of DRA’s Co-Founder and Supervising Attorney, Sid Wolinsky, the Wolinsky Fellowship recognizes his commitment, dedication and brilliant lawyering which has impacted the lives of millions of people with disabilities nationwide.  Wolinsky Fellows are recent law school graduates, often with a disability, who receive two years of stellar mentorship and training from DRA.  Wolinsky Fellows experience a unique opportunity to learn, practice and become the next generation of public interest warriors.

DRA’s fellows and lawyers have been incredibly busy in recent months identifying and dismantling barriers for people with disabilities.  In the last month DRA has made strides to improve voter registration for people who are blind, subway access for people with mobility disabilities, youth services for children with diabetes, and healthcare for Deaf and hard of hearing patients.

On this anniversary of the ADA, I want to thank you, profoundly, for helping ensure this important progress, on behalf of people with all types of disabilities nationwide, continues in perpetuity.

Larry Paradis and the DRA Family 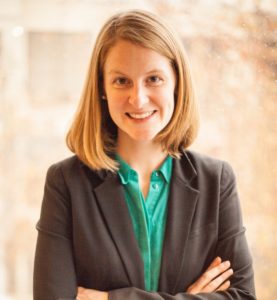 What drew you to DRA?

Advocating for disability rights has been a part of my life for as long as I can remember. On my second birthday, my brother was born with what we later found out was a rare chromosomal deletion that caused severe developmental disabilities and behavior indicative of autism spectrum disorder. Watching my parents fight so hard to secure the educational, medical, and community resources that he needed for independence had a lasting effect on me. It guided me as I studied human rights and social justice and later in my decision to go to law school.

I had always planned to practice public interest law, and my summer internships during law school cemented my commitment to disability rights law. DRA emphasizes all of the things I want to devote my career to—systemic change, cutting-edge legal issues, community involvement, and social justice. I’m so pleased to be here!

In your time here so far, what’s a moment that stands out?

On the anniversary of the ADA, which DRA case do you think best exemplifies the progress we’ve made since 1990?

It’s really hard to pick just one, but I think our 2008 settlement with Sutter Health is a prime candidate. The Sutter Health network agreed to improve health care access for patients with mobility, vision, hearing, and speech disabilities by removing architectural barriers, acquiring and installing accessible medical equipment, and reviewing and updating policies and training relevant to people with disabilities.

There are two reasons why I am picking this case. First, DRA secured systemic changes at a healthcare network that serves more than 100 communities in Northern California. This is a great example of how DRA’s work leads to widespread results. Second, this case exemplifies the importance of cooperative problem-solving and industry buy-in. Through the implementation and monitoring process, Sutter has committed to far-reaching changes that I believe are only possible when advocates shift from adversarial litigation to cooperative education and dialogue. Luckily, DRA understands the value of both tools and uses each of them accordingly. 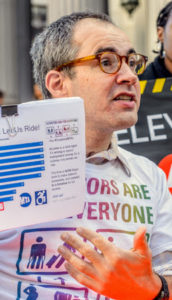 Why were you interested in joining DRA’s Advisory Board?

I became disabled in 2009. No one chooses to have a disability but it’s opened up a whole new world and perspective that I never had—even though I’ve lived in New York City my whole life. Every day, for the past 7 years, I work on figuring out what it takes to be independent, part of the city, and part of the world. As a part of this process, I have seen so many ways that New York is hostile to people with disabilities. I want to be able to go to work, go to the little league games where my son plays baseball…so many things could be easier. Of particular interest to me is transit and subways. This is something that should be easy and it isn’t—not for someone who can’t walk up and down stairs. Visiting Boston showed me that a city can do this right—all of their subway stations are accessible. Upon research I learned that Boston only did this when compelled by a lawsuit. With so many competing priorities for funding, cities often need a stick (vs. a carrot) to make important changes. I didn’t have the right stick. I was working to create changes—writing letters to the editor, doing research, advocating, but I felt alone and invisible: a terrible feeling. A mutual friend introduced me to DRA and I thought “Oh! Someone’s doing this! I’m not fighting for independence on my own.” And DRA’s work is really moving the needle. I’m excited to be a part of this.

Why do you think DRA’s work is urgent and important?

As I’ve become more aware of the disability rights movement, I’ve learned that the political establishment has a fairly short time horizon in view—up to the next election. This short-term, economic mindset means that the people responsible for enacting long-term structural changes that benefit people with disabilities don’t have the incentive to do it. I’ve seen this in government and even in my own workplace. No one will tell you it’s not important. People will tell you it’s not at the top of the priority list. Now that the ADA is 25 years old, we need an organization like DRA with the power push people and organizations to make disability rights a priority. Otherwise it remains in the “yes it’s important but we’ll deal with it later” box.

What do you hope for DRA’s future, and society’s future?

I’d like DRA to do their job so well that they don’t have to do it anymore. I’d like for people with disabilities to be recognized as just another kind of people, another part of the diversity out there in the world. I hope that making things work for people with disabilities becomes reflexive, not an accommodation—a benefit, not a cost. Enabling people with disabilities to participate brings more people to the table. If I could take the subway to work, I could contribute more at work—to the company, the city and the country. I’m not asking for a favor. I’m asking for something that will benefit all people—so that society doesn’t lose out in unnecessary ways. If DRA can build awareness, making the world friendlier to all people—the world will be stronger.

I’ve worked for Google since 2006 and am a senior software engineer. I live with my two kids in New York City. I’ve taken up hand cycling and wheelchair tennis and recently played in my first-ever tennis tournament. 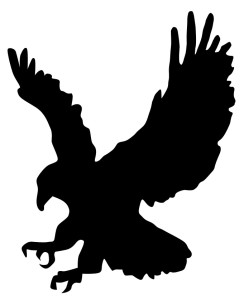 Know of an entity who should be recognized because of their outstanding work on behalf of people with disabilities?  Read the criteria and nominate an Eagle today!

Want to demonstrate your support for Disability Rights Advocates?  Learn about benefits and become a 2016 Eagle Awards sponsor.

DRA thanked our supporters for their generous contributions to establish a permanent Wolinsky Fellowship—building future generations of civil rights warriors.

Do you believe in equal opportunity for all?  Want to leave a civil rights legacy?  Consider joining DRA’s legacy circle by making a bequest to DRA.

Ensuring Everyone Can Register to Vote

On June 9th, DRA and the ACLU sued the New York State Board of Elections and the Department of Motor Vehicles over online voter registration that is inaccessible to people who are blind.

Barriers include DMV web pages and downloadable forms that can’t be read out loud by screen reader software used by blind and low vision people to hear and navigate computer screen content.

On June 28th, DRA filed suit against the Metropolitan Transit Authority and New York City Transit Authority when they completed a $21.85 million rehabilitation to the Middletown Road station in the Bronx but failed to install an elevator.  To learn more about the case, click here.

Protecting the Rights of Children with Diabetes 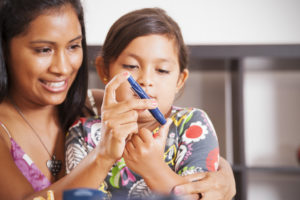 On July 19th, DRA filed suit against the U.S. Army challenging a nationwide, discriminatory policy that prohibits staff in its Child, Youth and School Services (“CYSS”) programs from administering critical medications and providing vital support to children with diabetes in their care.

With this policy in place, children cannot participate safely in Army CYSS programs and are excluded from all daycare services, in-home child care services, programs for students and teens, summer camps, and youth sports programs on military bases throughout the country.  To learn more about the case, click here.

On July 21st, DRA sued Northwest Hospital & Medical Center on behalf of Abused Deaf Women’s Advocacy Services for its systemic failure to provide effective communication to patients who are Deaf and hard of hearing.  This includes failure to provide sign language interpreters, refusal to accommodate requests such as responding to bedside pages in person rather than using the intercom, and even outright denial of services.  To learn more about the case, click here.