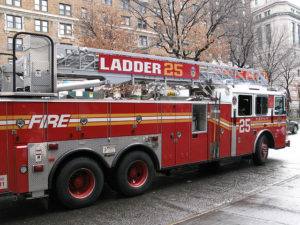 New York, New York—Disability Rights Advocates (DRA), a national nonprofit legal center, filed a Charge of Discrimination for Julio Andrade, a former Marine, after the Fire Department of the City of New York (FDNY) denied him a job as a Fire Fighter because of a diagnosis of Post-Traumatic Stress Disorder (PTSD) he received at the time of his honorable discharge from service in the Iraq war, approximately 8 years earlier.

The Charge, filed with the federal Equal Employment Opportunity Commission, alleges that the FDNY illegally discriminated against Andrade because of the disability diagnosis.  It also says that veterans’ groups report that the FDNY is disqualifying veterans from FDNY Fire Fighter jobs without individual evaluation of whether they are qualified for the job.

Julio Andrade served in the Marine Corps from 2005 to 2009.  He completed two tours in Iraq, including active combat duty.  He was honorably discharged.  He was coded as eligible for reenlistment, despite the pre-discharge diagnosis.

The final disqualification of Andrade, signed by the FDNY’s Chief Medical Officer, included statements that demonstrate a rejection based on stereotypes of PTSD rather than an evaluation of his current mental health or capabilities.  The FDNY concluded after two approximately 15-minute interviews: “His history of PTSD does predispose him to relapse in a setting of firefighting.”  Under the Americans with Disabilities Act, it is illegal to discriminate against someone based on a record of having a disability.

The Charge asks the EEOC to investigate the discrimination against Andrade and the class of others like him.  “I care about my situation, but I also care about fixing the system for other veterans,” says Andrade.  Disability Rights Advocates is awaiting a response to an August freedom of information request about numbers of veterans disqualified from FDNY jobs because of PTSD in recent years.

Maia Goodell, Senior Staff Attorney at Disability Rights Advocates, says:  “The law requires the FDNY to give veterans like Julio Andrade a fair evaluation of their ability to do the job.”

About Disability Rights Advocates
Founded in 1993, Disability Rights Advocates (DRA) is the leading national nonprofit disability rights legal center.  Its mission is to advance equal rights and opportunity for people with all types of disabilities nationwide.  DRA represents people with the full spectrum of disabilities in complex, system-changing, class action cases.  Thanks to DRA’s precedent-setting work, people with disabilities across the country have dramatically improved access to health care, employment, transportation, education, disaster preparedness planning, voting and housing.  For more information, visit www.dralegal.org.