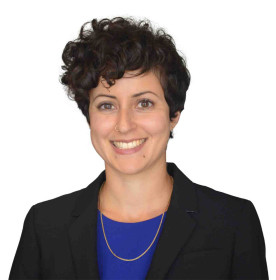 Shira Tevah joined Disability Rights Advocates as a Staff Attorney in 2020. She previously worked at Prison Law Office, where she monitored the settlement in Armstrong v. Newsom, a case brought under the Americans with Disabilities Act on behalf of people with disabilities in California state prisons, and litigated conditions of confinement in county jails. She also litigated employment class actions as an associate at the plaintiffs’ firm Lieff Cabraser Heimann & Bernstein, LLP. She clerked for Judge Diane P. Wood of the U.S. Court of Appeals for the Seventh Circuit and for Judge Tanya S. Chutkan of the U.S. District Court for the District of Columbia. During law school, she participated in public benefits, consumer protection, and workers’ rights disability law clinics, and served as a summer law clerk at the Mississippi Office of Capital Defense Counsel and the Bronx Defenders. Prior to law school, she worked in youth organizing in Chicago. Shira received her B.A. from the University of Chicago in 2009 and her J.D. from Berkeley Law in 2015.