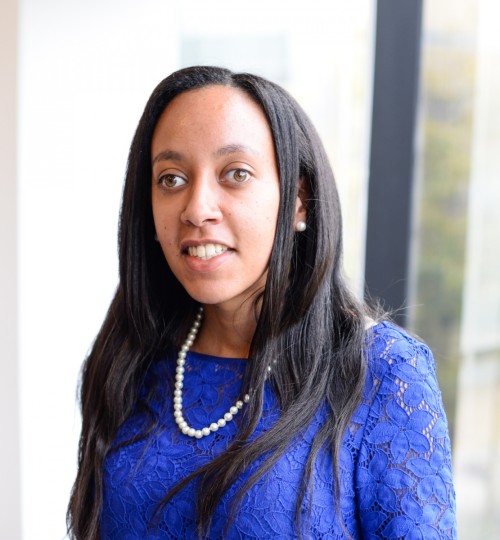 Haben is a former DRA fellow and the first Deafblind person to graduate from Harvard Law School.  She currently advocates for equal opportunities for people with disabilities and travels the world teaching the benefits of choosing inclusion.

Haben’s first book was published on August 6th, 2019, Haben: The Deafblind Woman Who Conquered Harvard Law. Her work has also been featured in the Financial Times, BBC, Washington Post, NPR, and more.  President Obama named Haben a White House Champion of Change. She also received the Helen Keller Achievement Award, and a spot on the Forbes 30 Under 30 list. President Bill Clinton, Prime Minister Justin Trudeau, and Chancellor Angela Merkel have all honored Haben.

Haben joined DRA in 2013 as a Skadden Fellow and worked as a Staff Attorney from 2015-2016.  During her time at DRA, she worked to increase access to technology for people with disabilities and helped achieve victory in National Federation of the Blind v. Scribd, one of only two decisions to hold that the ADA applies to virtual businesses. Haben left DRA in 2016 to become an access and inclusion advocate.

She received her J.D. from Harvard Law School in 2013 and her B.A. from Lewis & Clark College in 2010. During law school she interned with the U.S. Department of Education, Office for Civil Rights, and the Equal Employment Opportunity Commission. The White House honored Haben as a Champion of Change for her advocacy on behalf of students with disabilities. Watch Haben’s engaging TEDx Talk describing her work as a pioneering public service lawyer.